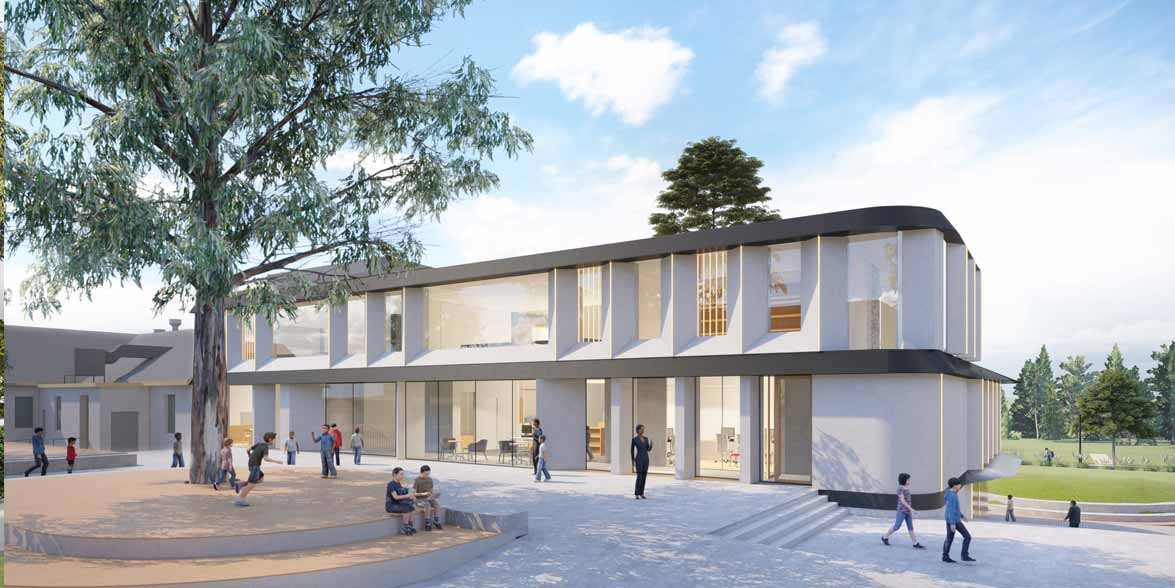 We are bringing you a major upgrade at Young High School. The project will deliver a new joint use library and community facility, funded under a partnership between Hilltops Council and the NSW Department of Education.

The new 2.5-storey facility will be located on Young High School grounds and integrated with Carrington Park.

The upgrade  also includes additional improvements to other parts of Young High School. 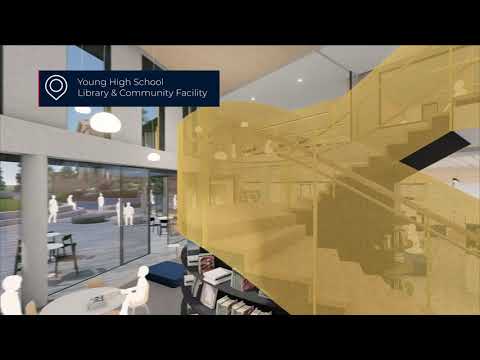 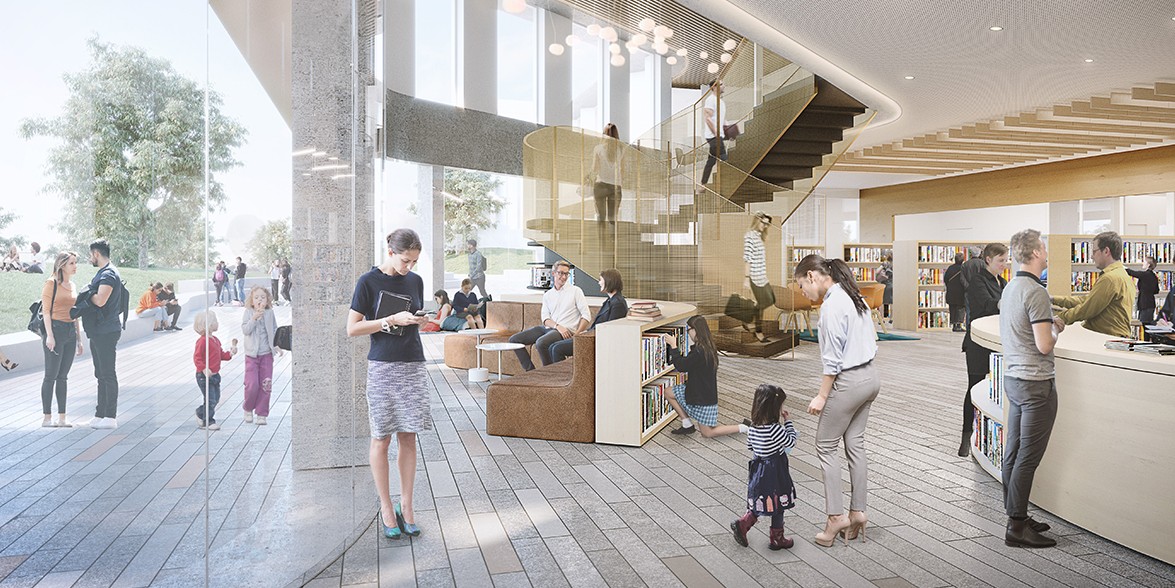 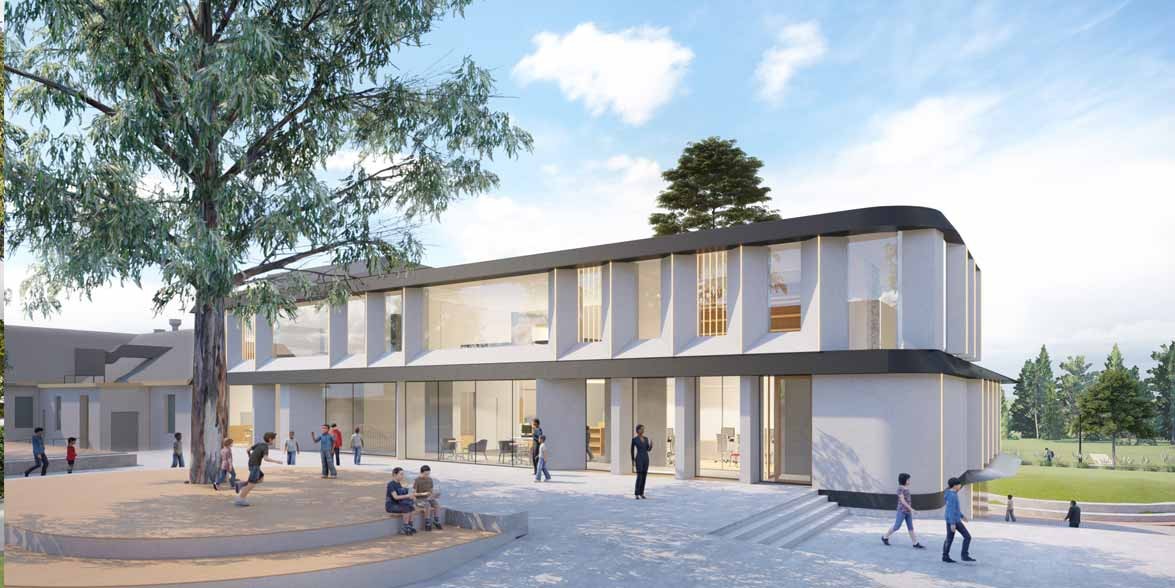 Why is the school being upgraded?

Young High School is being upgraded to support growing educational and community needs in the area and will provide students with contemporary new learning spaces, including access to multimedia facilities.

How does the partnership between the NSW Department of Education and Hilltops Council work?

In 2018, the NSW Department of Education and Hilltops Council signed a Heads of Agreement, which sets out design principles, facility use and governance of the joint use library and community facility. In October 2019, the deed and lease documents were endorsed by both parties,  covering the management structures, legal and financial arrangements, design and construction considerations and governance of the joint use facility.

Who is funding the project?

Hilltops Council is contributing $6.5 million to the joint use library and community facility. This is made up of $3 million from the Regional Cultural Fund, $2 million from the Stronger Communities Fund and a $1.5 million loan specifically for the library project..

The NSW Department of Education is responsible for funding the remainder of the project.

We recognise the importance of respecting the heritage features of the land, Carrington Park, the old courthouse and its setting. This has influenced the development of the design to date. Heritage studies, including European and Aboriginal, have been conducted and archaeological salvage works are included in the program of works. Any objects and materials found will be catalogued and arrangements made for their storage and display.

There are reports of a historic tunnel under the school. How will this impact the project?

The design of the project has been developed in close consultation with heritage consultants GML Heritage and responds to the project brief, site opportunities and constraints, as well as the heritage significance of the site.

School Infrastructure NSW acknowledges there is speculation that a prisoner transfer tunnel exists between the Great Courthouse (located within the school site) and gaol (located within the TAFE site), however investigations by the project team to date have not located the tunnel and no documentary evidence specific to the site has been found.

Investigations so far have included:

Additional inspections and archaeological monitoring will take place during the works. This will ensure that the tunnel will be identified, if it exists.

If any evidence is found during excavation and construction, the project team will further consult with Heritage NSW on the next steps.

We will keep the community informed of further investigations and next steps.

A traffic study was commissioned to inform the development of the design for the new facility to maintain and enhance parking, access and connectivity. Ensuring accessibility for all is a key component of the project.

Will there be any change to access to Carrington Park?

Carrington Park will be upgraded with a new pathway to provide clear and easy access for the community to the new library. The existing facilities in Carrington Park, such as the playground, BBQ facilities, public toilets and Band Rotunda, will remain available for community use.

What is the community access to the library during school hours?

During school hours the community has sole access to approximately:

Level 1 is for school access only. Outside of school hours, the community will have access to the majority of spaces in the facility, with certain usage conditions. Some collections will remain separate.

What does landscaping include?

What are the benefits to the community of locating the library on this site?

The current Young Library has a usable floor area of 370m2. The total area of the new joint use facility will be approximately 2500m2, with the core community area totalling approximately 1200m2. This represents an approximate increase of 220% in space for the community. Outside of school hours, the area to the north of the proposed facility and around the Grand Courthouse will also be available for community use. This will provide greater opportunities to connect with the historic Courthouse building.

What measures are being put in place to ensure the safety of school students and community users in one facility?

Joint use libraries have operated in Australia for many years. We have drawn on the successful designs and protocols used by others to ensure everyone can safely access and enjoy the facility.

What will be done to minimise the construction impacts on the school, its students and the community?

The safety and wellbeing of the community is our utmost priority. All construction on site will be conducted in accordance with noise, safety and building regulations.

Flexshield noise barrier curtains will be placed along the TAFE early childhood facility fence and around any noise generating works.

Shade cloth will be used to reduce dust impacts on the school and its neighbours. Dust from construction works will be hosed down with water as required. Trucks entering and leaving the site will cover their loads and be washed down to prevent transporting dust and mud from the site.

Notifications to the school community and surrounding neighbours will be issued prior to works and any potentially disruptive tasks will be undertaken outside of school hours.

The impact on Carrington Park will be managed, including stopping works for important community events such as Australia Day and Christmas Carols.

Your feedback on this project is important to us. For more information, questions or to make a comment please email us at schoolinfrastructure@det.nsw.edu.au or complete the contact form.

Everything you need to know about your new or upgraded school.

Images and information to keep you informed about the progress of your new or upgraded school throughout every stage of the building process.

B28 Construction compliance report no. 2

B28 - Construction compliance report no. 1

See how we keep the school community, nearby residences and businesses informed of upcoming works.

Return to top of page